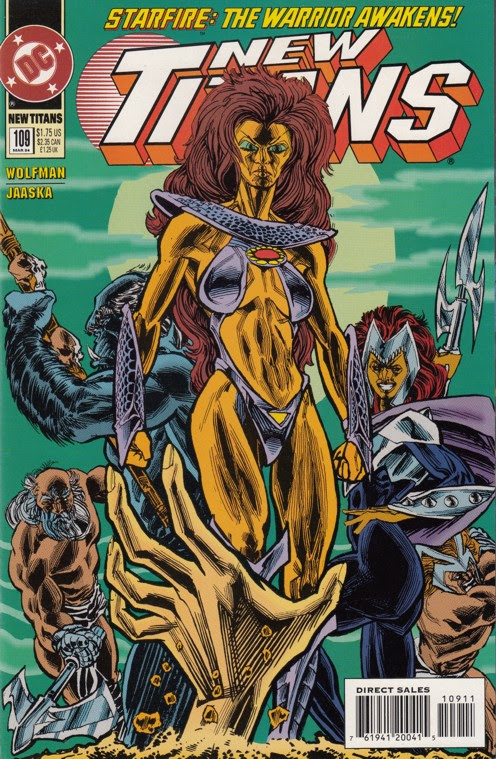 According to the cover, Kynasf'rr is a reverse skin moisturizing ritual.

It was this cover that began my theory that Tamaraneans evolved from insects. It's not a very complicated theory; I pretty much stated the whole thing in this paragraph's opening sentence. And maybe I didn't think up the theory when I first saw this cover but when I just pulled it out of the stack two minutes ago and screamed. This cover is so traumatic that I actually remember buying it on the stands and thinking, "Why am I still buying this series?" That's a pretty serious critique seeing as how I was in my early twenties and could probably jerk off over nearly anything in a bikini.

I probably didn't need to add "in a bikini." Loose shorts and a nice breeze was a good time at that age.

Also, did you ever see Jericho's ass? Me-ow!

Komand'r is my kind of princess! 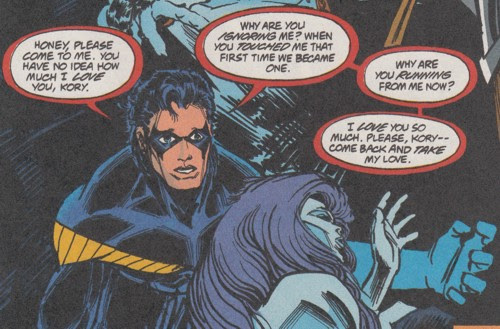 That isn't really Dick saying those pathetic things. It's actually worse! It's Starfire hallucinating what she feels lame-ass Dick Grayson would say to her! She doesn't want to hear this sappy shit! She wants you to tell her how your thick dick is going to ruin her mighty Tamaranean vagina!

While Dick continues to mewl about how much he needs Kory, a hallucination of Komand'r appears to tell Starfire that anal fucking rocks. But Kory is all, "I don't want to be with a weak jerk that can't give it to me hard the way I imagine Bruce Wayne could give it to me, but I'm not sure if I'm ready for the dirty deed!" Komand'r makes some pretty solid arguments and I'm not just saying that because I think Kory should take it in the ass. Komand'r has historical evidence on her side! Their grandfather was bold enough to be rammed up the shit chute, so he fought off the Gordanians when they wanted his son. But his son was like Nightwing! He was all, "That's not the proper way to fuck! That's an exit only hole!" And because he wasn't strong and powerful, Starfire suffered. And now she's weak too!

I can't believe Cyborg is too dead to enjoy this! 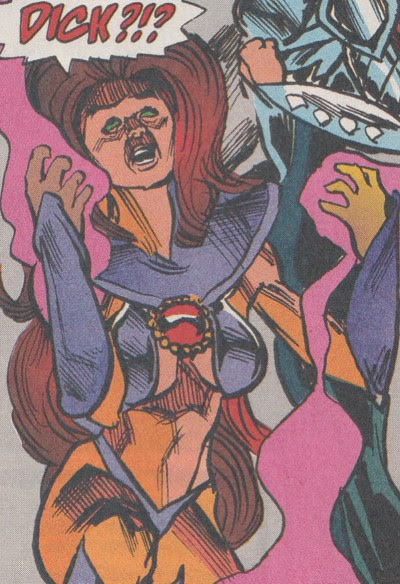 A website must exist that's simply out of context panels of DC characters yelling, "DICK!" 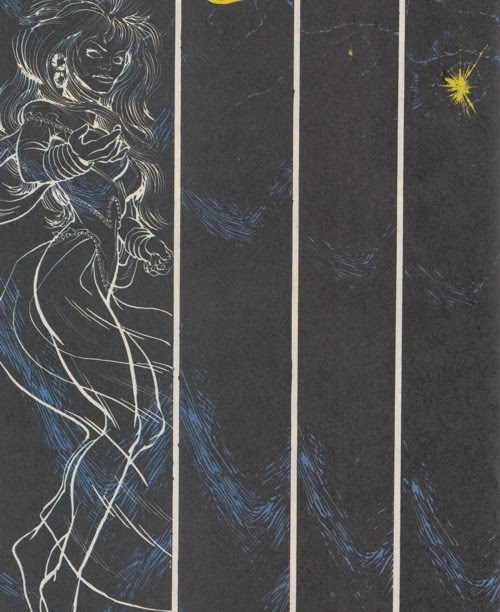 Starfire declares she is now a Shaman of Tamaran walking the Way of the Warrior! Oh yeah baby! Me too!

New Titans #109 Rating: A solid B. The best part was how it left out all of the terrible characters, like Red Sun and Wildebeest and Changeling and Pantha and Danny Chase and probably a few others that are so boring that I forgot about them. Oh, Arsenal! The most important thematic element of this issue was that a person shouldn't blame themselves for being raped. That's a pretty tough thing to come to grips with. But what's even tougher is learning that even when you overcome that feeling, you still realize that a stupidly large percentage of the population will continue to blame you for the rape. Assholes.
Posted by Lizard at 11:27 PM


Index of Star Trek: The Next Generation Reviews